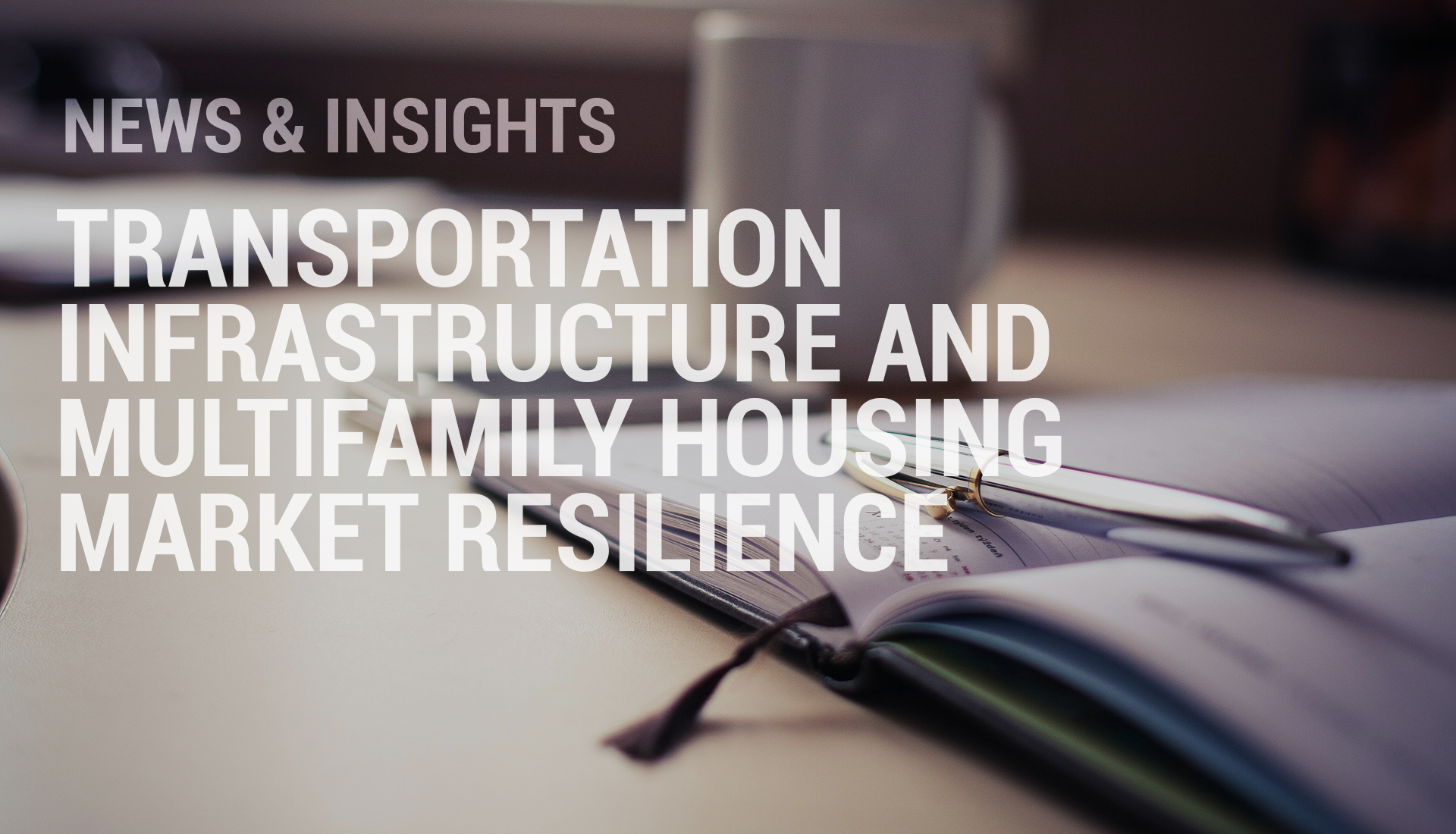 Transportation infrastructure investments have brought about a number of economic benefits.  In general, single-family and multifamily housing units situated between half a mile and one mile from the nearest rail station retained more of their value throughout the recent economic downturn than the rest of the city’s housing market. In Atlanta, multifamily units in this submarket bounced back quicker than other transit and non-transit submarkets, while all housing units within this distance band in both Baltimore and Portland consistently displayed greater housing resilience than properties located farther than one mile from a station. Recent case studies focusing on rail station and housing market resilience in Atlanta, Baltimore, and Portland show that multifamily housing located more than one mile from the nearest station steadily experienced negative year-to-year changes in housing value. While no transit submarket has reached pre-recession housing values, multifamily housing units located between half a mile and one mile from the nearest station have nearly climbed back to 2002 values. Multifamily units sold in this submarket have continued to outperform multifamily units within the non-transit submarket. In Baltimore, single- and multifamily property located within a transit submarket further than half a mile from a transit station appreciated faster and held more value from 2002 to 2013. In Portland, multifamily housing units located between a quarter of a mile and one mile from a station retained their value better during the recession and continue to sell for higher values than multifamily housing units within other submarkets. By 2013, multifamily homes with good rail transit access were well above their 2003 R-index values and nearing the pre-recession levels of 2005. Although the recession had significant negative impacts on properties in each city, rail station access played a critical role in helping transit-orientated submarkets retain their value throughout the recession and recover value at a faster rate than homes without convenient fixed transit access.