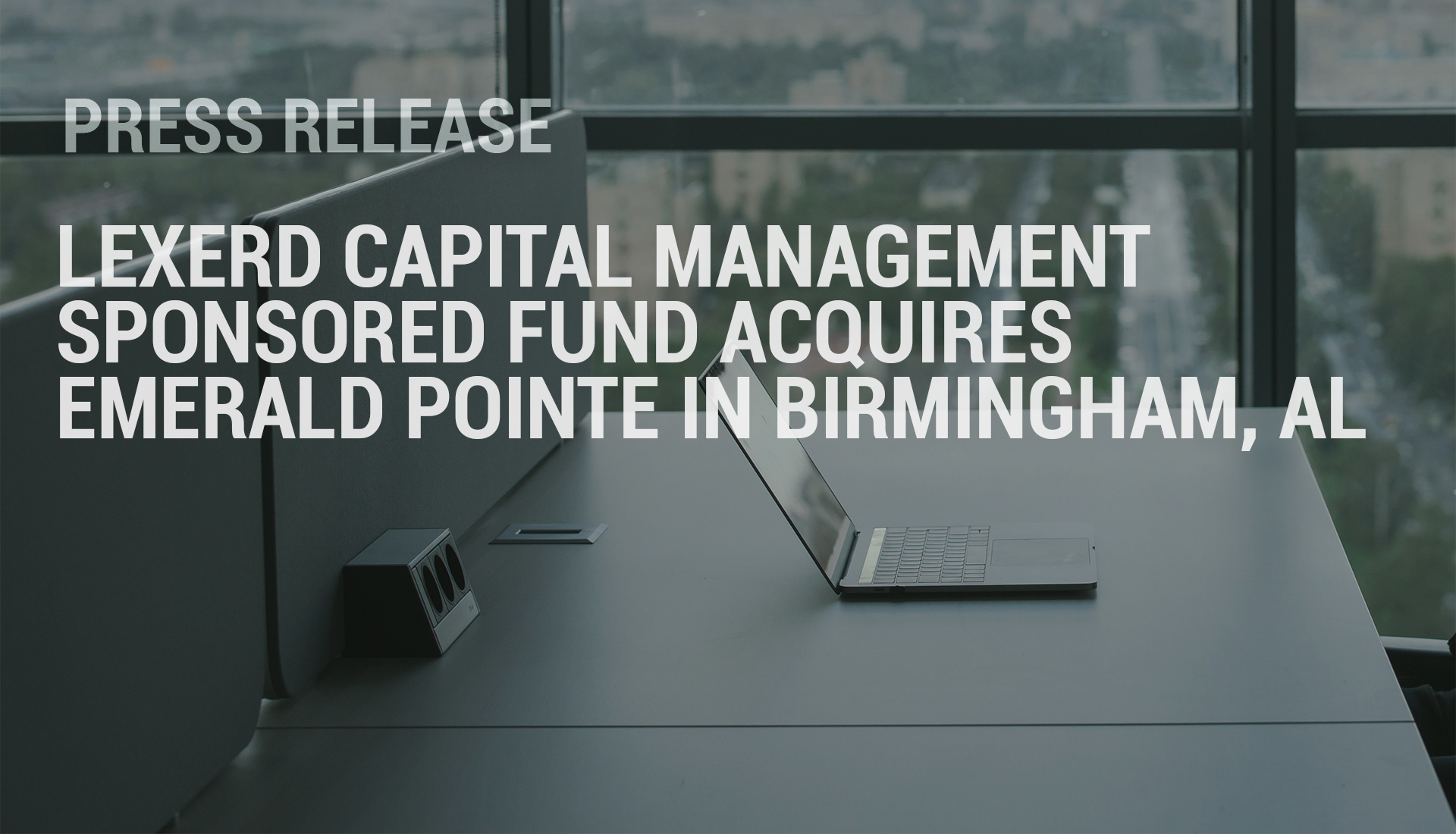 Lexerd Capital Management LLC (“Lexerd”), a New Jersey-based sponsor of private equity funds, announced today that one of its funds has acquired Emerald Pointe, a multifamily property in Birmingham, AL. The property consists of twenty-one (21) two-story and three-story multifamily apartment buildings and one (1) community building, totaling 192 individual units. The existing amenity package of the property consists of a clubhouse, a laundry center, a private pool with sundeck, picnic area, an outdoor playground, and an on-site childcare facility.

The property is optimally located just off Lorna Road on Rocky Ridge Ranch road half a mile from the junction of I-495 and I-65. It is also approximately two-miles from Hoover’s Riverchase Galleria, the largest shopping mall in Alabama.

Birmingham is an important regional hub due to its early century iron and steel production as a primary industrial center of the Southern United States. The University of Alabama at Birmingham is responsible for over 23,000 jobs in the region. The area is also world headquarters for Regions Financial, the second largest employer in the Birmingham metropolitan region. Other major employers in the region include AT&T, Honda, St. Vincent’s Health System, Children’s Hospital of Alabama, Blue Cross Blue Shield, Alabama Power Co., and Mercedes-Benz.

“We are enthusiastic about the acquisition of Emerald Pointe,” said Albert Lord III, Founder and CEO of Lexerd. “Birmingham is a growing market and central to the nation’s fastest growing auto manufacturing region. Emerald Pointe is well-located with easy access to Hoover Public Library, various shopping and medical offices, neighborhood schools, and restaurants.”

Lord continued, “We thoroughly understand the needs of the Birmingham market and the growing demand in the region. Emerald Pointe will serve the community in a meaningful way and be a valuable addition to Lexerd’s portfolio, helping us to serve our mission of achieving strong risk adjusted returns for our investors.”